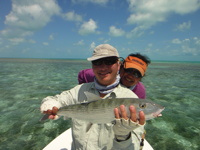 The Place and Getting There

Cayo Largo is a narrow 25-km long island in Western Cuba, half an hour flying time directly south from Havana via a local air shuttle service. It is a planned vacation resort island, with several mega resort hotels and many self-catering cabanas and villas for vacationers looking for sun, beach and diving. It is situated in a protected Marine Park throughout which commercial fishing is banned and only one designated group, the Avalon fly fishing operation, have exclusive rights for sport fishing. Catch-and-release fly fishing is the only allowed method. Avalon run six guided flats boats for a total of up to 12 anglers at any time, fishing six days a week.

As part of the Avalon package, we stayed in the all-inclusive Sol Melia resort hotel, a 10-minute daily transfer by a dedicated mini-bus every morning to the marina where the flats boats are kept. The hotel is filled with holiday makers from all over Europe and the Americas – there was a pre-dominance of Italians and Canadians the week we were there. We took breakfast and dinner at a range of restaurants situated on-site at the resort, plus a packed lunch on the water with our fishing guide on fishng days. All meals are included and the hotel also has a 24-hour bar offering unlimited beverages including alcoholic drinks – once at the resort, there is no need to carry any cash around as everything is already paid for, making this an excellent option for non-fishing partners and friends of the anglers as there is a full-range of water- and land-based activties on offer at the hotel every day, all included in the price. Of course for the anglers, there is no opportunity to sample any of these non-fishing activities except on the arrival and departure days as the fishing takes up the whole day – I’m sure none of the anglers minded!

The Avalon package also includes one night’s stay at a top hotel in central Havana on the in-bound journey and again on the way home, with an easy option to add extra nights in Havana at either end, so the fishing trip can be combined with a visit to a very quaint and interesting city. 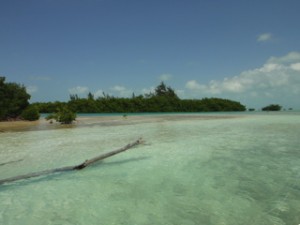 The sheer size of the marine park is astonishing, split up by Avalon into 6 distinct fishing areas ranging from two areas within just 5 minutes boat ride from the marina, to the furthest two areas which are an hour’s boat ride away. On any particular day, only two of the areas are fished (by up to three boats each), so that each area is rested for at least two days in the weekly cycle – hence the fish are not at all pressurized. In any case, each area is very large, so you are rarely fishing near any of the other boats, and it’s not possible in a day for any one boat to fish all the available water even in its allocated area. We never fished the same water more than once in the whole week. 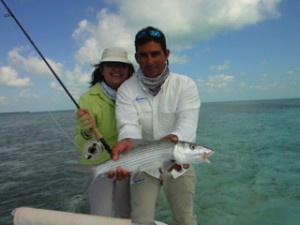 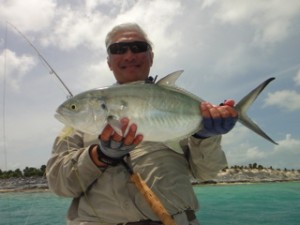 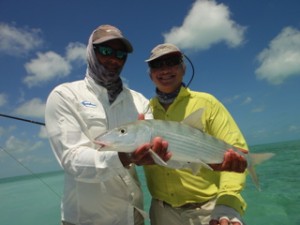 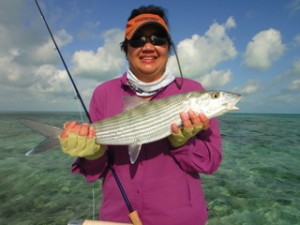 In all the areas, you can find the standard flats species of bonefish, permit and tarpon, as well as snook, various type of jacks and snappers, and barracuda. Bonefish are everywhere, sometimes in huge schools of 100+ fish, and it wasn’t unusual most days to land over a dozen bonefish between the two of us in the boat. Most of the bonefish we caught were in the 3 to 4 lb range, which is on the high side for the Caribbean, many of them aggressive very hard-fighting specimens, with a fair sprinkling of 5 and 6 lb fish, plus one 7-lb and another 8-lb trophy. There are permit around too – we got a few shots at them most days without managing to land one (unlike our last trip), although some of the other boats did manage to do so. And tarpon can be found both in the deeper channels and off the beaches – I had good shots at a few and managed to land a nice 25-lb one after a half-hour battle. A very pleasant surprise were the hard-fighting jacks and the large-ish snappers, many of them 2-lb and up – on one memorable day I landed five bigger jacks ranging from 6-lb to 10-lb, each putting up a tremendous fight. And if you’re so inclined, you can also fly fish for the very aggressive barracuda – see the picture below of a huge 30-lb cuda that Marie landed. 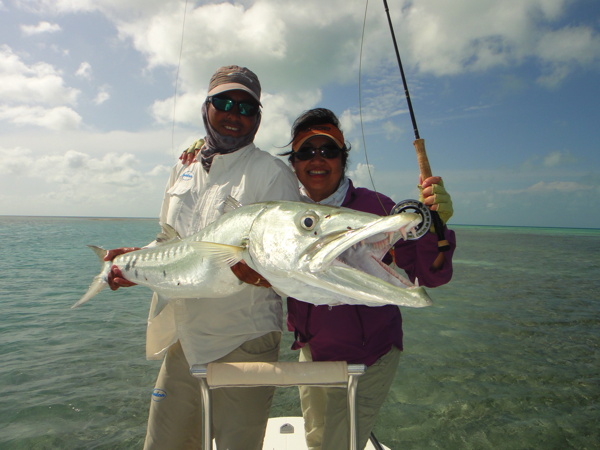 We fished with 8-, 9- and 10-weight single-handed fast action rods, with floating lines on the flats and off the beaches, and intermediate and sinking lines in the deeper channels and dropoffs.

The fishing season in Cayo Largo runs from November through to July, with April to June being the most popular times although there is good fishing to be had throughout the rest of the season subject to higher risk of rain and winds.

We’d like to thank Mat McHugh of Fly Odyssey for organizing our trip and Mauro Ginevri and his Avalon Cayo Largo team for their expertise and hospitality. Special mention also to Sean Clarke and his group from Farlows who were great fishing companions.