Valley of the “Californian Wine” Kings … Innovative and Creative Wineries

Part two of the wine journey brings me to the Disneyland of Napa Wineries where money is big and so are the wines. When in California, one expects to be surprised. 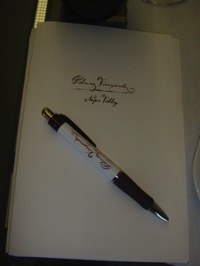 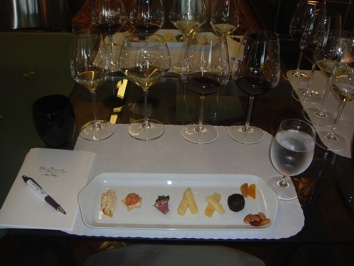 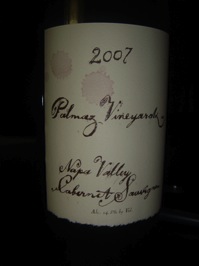 Palmaz Vineyards blew my mind and it was here that I realised that James Bond probably did exist. And so DOES Fairy Godmother. Originally a beautiful colonial house surrounded by hillocks and Mount George in the south, the property is tucked just off the main artery in the East of Napa. Its ‘state of the art’ winery and tasting rooms whiff of money rather than wine. Immaculate “arty” wife and groomed daughter run a gourmet food business while preppy son manages the day to day business under the watchful eyes of Mama who still holds the title of President of Palmaz Wines. Daughter in law is in charge of marketing, membership and tours. Daddy probably continues to reap in the royalties of his creation – the Palmaz Coronary Stent sold to Johnson and Johnson – and used by millions of Americans (induced by drinking too much wine?). A real family business. But lovely friendly members.

An extraordinary story with humble beginnings of a hardworking Texas cardiac surgeon of Argentine roots who becomes King of his land and lives happily ever after. With all fairytales there has to be a the tear jerker. The original premier Cedar Knoll Vineyard and Winery was owned by Henry Hagen, one of California’s pioneer wine makers back in the 1800’s, winning medals and accolades for his wine, including one at the Paris Convention of 1899. It wasn’t the dreaded phylloxera infestation that brought the downfall of Hagen but instead prohibition of the 1920s and 30s. The one time successful Hagen died a pauper leaving the estate in disrepair for over 8 decades.

Today the 55 acres of sustainable vineyards (out of the total 600 acres) over 3 different elevations, give the vineyard its differing soil types, sun exposure and water retentivity to produce the range of flavours in Palmaz’s wines. Varieties grown include Chardonnay, Riesling, Muscat, Malbec,  Merlot, Petit Verdot, Cabernet Franc and of course the grandiose Cabernet Sauvignon.

The elaborate winery is the brainchild of founder and owner, Julio Palmaz, ever interested in Engineering and Mechanics. Built within Mount George using channel tunnel diggers on completion of our UK to France tunnel, this X-Men headquarters like labyrinth is simply jaw dropping. Palmaz’s gravity flow system for the wine making is mind boggling. Under the winemaking team of Tina Mitchell and consultant Mia Kline, the winery is run like a sterile hospital cum James Bond like ‘baddie” headquarters. Walls are dressed with antibacterial white paint and fermentation is monitored 24/7 using state of the art computer systems. It is rumoured that the winemaker carries her iPad with her at all times. Lights, barrels, curvy tunnels, white overalls make for a fantastic movie set!

The wines were exceptional. The tasting:

Be it Julio’s natural gravity flow with no pumping or just sheer fantasy, the wines were indeed delicious. They certainly were drinking well and seemed much older and more mature than their true age. An avid believer that pumping, sloshing, shaking and stirring causes long chain tannins to break leaving lots of harsh short chained molecules with lots of ‘loose’ ends results in young green, tannic, astringent wines. By gentle gravity flow, the wine is syphoned carefully into barrels and left to mature. Julio believes by doing this he can give the newly made wines a head start resulting in quicker maturation, tannin wise. The rest of the world just lay down their wines and let mother nature run its course, whence, the tannin molecules rejoin creating nice long chains making the wines mellow and silky.

The next up is Jarvis,  a true BatCave experience. This winery is again built inside a mountain using probably the same diggers after the Eurotunnel project. Brainchild of William Eugene Jarvis. 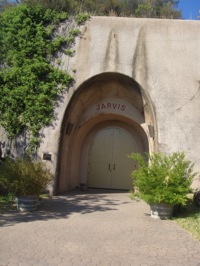 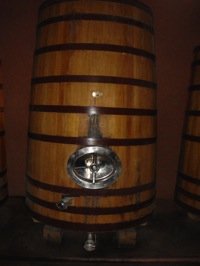 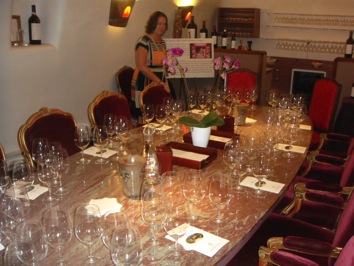 Having been there, done the tour, took my photos and tasted the wines, I emerged and understood why Batman was so confused (Batman3). I am still not quite sure what William Jarvis is trying to achieve with his wines nor whether he just enjoys experimenting. In his 78 years or so of living life to the full, hopefully, his wines and his opulent winery will live on to meet his expectations.

We’re in California and having already met with two diverse wineries, my next stop was Raymond Vineyards. California is indeed one place on earth to visit before you die. OK I had encountered two what I called innovative and/or creative wineries but Raymond has to take the cookie. I certainly hadn’t been smoking, snorting nor even drinking. It certainly deserves the accolade of Winery of the Year 2012, hence my inquisitiveness to check it out. 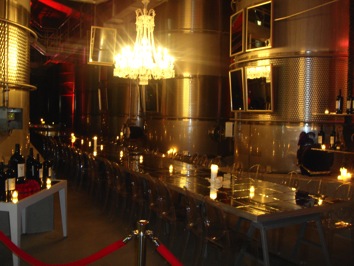 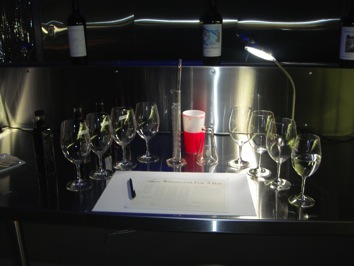 It started way back in 1933 when Roy Raymond arrives in Napa. He marries Martha Jane Beringer in 1936, thus enjoying every facet of the Beringer ethos for almost 35 years before creating the 390 acre Raymond Vineyards around the Rutherford, St Helena and Jameson Canyon areas of Napa in 1970. Today the proprietor is Jean Charles Boisset (of the largest Burgundy wine producing family who, incidentally is married to Gina Gallo, also of Napa fame). Makes “Dallas” bed time reading to a child compared to NapaValley. Someone should start the series.

Raymond is marketed as a “bio-dynamic destination” to inspire guests. An experience rather than a visit. There is a veggie plot right outside the entrance with farm animals wondering around.

The winery – best I leave to your imagination but remember it didn’t win the Winery of the Year award for nothing.

What can I say? VISIT THIS WINERY and see for yourself. It is an experience not to be missed.  What a lovely end to my Disney adventure.

Robert Mondavi Winery. Always a treat, 3rd time round for me. Each time I visit this winery, it still bears new surprises. The olive trees were in full fruit and the scenery still stunning. The man who was brave enough to start the varietal naming trend that is so much in use today in new world wines. The best thing that ever happened to Robert Mondavi was being sacked by his father from the family bought Charles Krug winery after a feud with brother Peter. Together with his sons, Tim and Michael, Robert Mondavi Winery was formed. 1966 saw the first ever harvest and the blessing of the grapes. 1968 produced the first Fumé Blanc a RM signature based on the unpopular Californian Sauvignon Blanc. 1970 sowed the seed of the Opus One venture with Baron Philippe de Rothchild that didn’t turn to fruition till 1980. In 2004 Robert Mondavi buys Tenuta Dell’Ornellaia and a few months later loses his Robert Mondavi Winery in a buyout by Constellation Wines. After the sale, Robert and his son Tim started Continuum Estate which is still run by his son today. Robert and brother Peter in 2005 made one barrel of wine from grapes grown in both their vineyards, a cabernet blend called “Ancora Una Volta”. 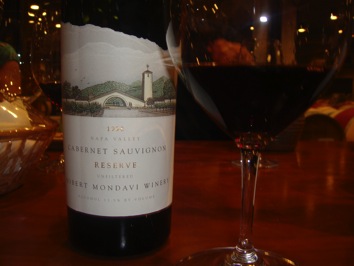 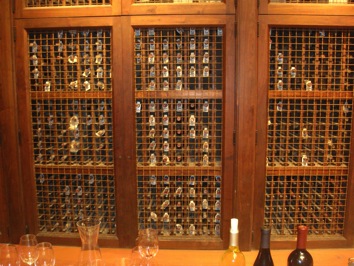 This winery has seen lots of action in relatively few years. The Stanford graduate certainly did use his business/marketing knowledge creating a vast diverse collection of lines of wines confusing and diluting itself in the marketplace. Today one has to think to even do a visit with a complicated selection of tours, tastings and visits.

Wineries worth checking out: