Another early morning start. Terry will sort me out if I have forgotten to do anything I was supposed to. It’s always easier from a flat.

The taxi is early. He is chatty and the roads are clear. Heathrow terminal 3, Virgin check-in. Accosted by red riding (without) hood asking if I would like an upgrade to which I replied, “sure, yes please” … to Upper Class for £1250 and then says “actually I can do it today for £599”.  Given that I was already travelling in uber class, there was nothing more she could upgrade me to. Not sure who was more disappointed.

Security area was not busy, we were travelling light. I didn’t have hand luggage, just my handbag overstuffed with whatever I ‘needed’. The lounge was empty and the coffee was decent. Free WIFI. The flight was actually on time and boarding was smooth. Two queues, 4 check-in staff. 3 handling UpperClass /Premium Economy and ONE checking economy passengers.  Staff made it clear to distinguished the chosen ones from the common herd. 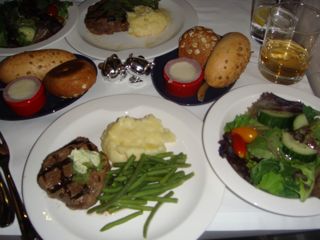 Settled into my seat. A glass of champagne waiting. The flight was full. Really full, but it left on time. Uneventfully boring but at least the food was apetising. Three movies and a bit of editing later we arrived at JFK early. NO queues at immigration. Right hand four fingers, right thumb; left hand four fingers, left thumb. Photo. The job was done. Luggage out by the time we got to belt 5. Customs waved us through. This is why I like America. Simple, smart people. No queues at the taxi stand, either. We were at the hotel $55 later, at 3pm, checked in. The Lucerne on 79th and Amsterdam is a quaint boutique hotel with friendly staff and nice, ice cold air conditioned, clean rooms.

Eight hours later saw me race into Zabars on Broadway and 80th. The familiar multi hue of olives, cheeses and all things kosher. Breakfast consisted of a NewYork bagel stuffed silly with cream cheese and lox. Polystyrene cup of Zabars blend, black of course and I was done. Feasted my eyes on the abundance of sensible, edible, hearty comfort food. NO fads, no “macro-whatever” NewYork skinnies eat.  A packet of Zabars Kona Style blend coffee beans was popped into my basket. Bought the snazziest roll up water bottle ever. 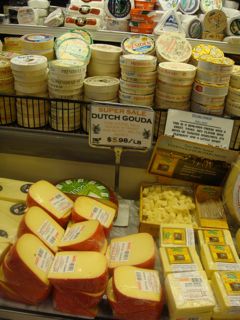 Fairways on Broadway between 75th and 76th, next. My favourite grocery store. Everything you want and so fresh. The organic section upstairs is marvellous with a health food, supplements and homeopathy store on the side. 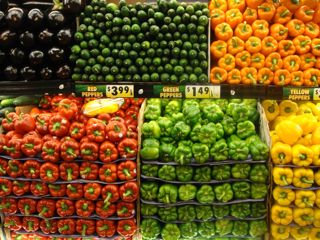 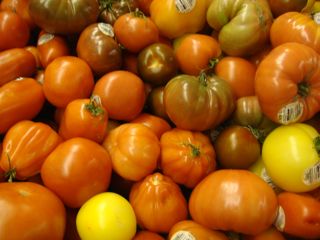 Next to Fairways is the old faithful, Citarella, an Aladdin’s cave of Italian goodies. Always an interesting walk (till Eataly came along). Westside Food on Broadway and 77th is another great place to wonder. Noticed the new Trader Joe’s nearer the 71st street end of Broadway and Columbus.  Will check it out next trip!

Lunch with old, old, anglecized friend, Laura. A taxi ride to Cafe Centro 5th Avenue and 45th in the Met Life Building. School-like is the word. Suddenly at 12noon, people started charging into restaurants – clockwork! Beautiful people strutting the Streets of New York. All preened and smartly dressed. Stepford wives came to mind. High powered execs with their Brooks Brothers suits, polished brogues. In bold capitals “STRESS” stamped right across the forehead. Women dressed to kill. I cannot fathom how one sits at a desk in such tightly fitted garments for 10 hours or more. Oh I forgot the heels, they probably double up for the botox jabs (just before lunch break).

Portions are becoming ginormous again. Perfectly panfried lumpcrab cakes on some meli melo lettuce leaves. Juicy, humongous lumps of crab, seasoned delicately. No fillers, no cartilage, just crab and a few specks of parsley and chilli. Divine. Diet coke and ice tea are back in. The food is very very good. Chefs in NewYork really have earned their right to be there. Clockwork or not, the dishes were exemplary.

Quick peek into the Orvis shop on 5th and corner of 45th after lunch. Hmmm new fly rods and reels. However, as a faithful Sage user, I left with nothing… not even a fly as a souvenir in fear of getting stopped at security for carrying a sharp dangerous object on board.

Another cab ride. This time to Columbus Circle. The usual nostalgic walk around Crate and Barrel before heading towards the down escalator to Whole Foods. Interesting. The “in” thing is fresh coconut juice (not coconut milk). This is the newest craze… old hat in the Far East where we have been drinking this since the year dot… and it’s tastier out there. Thanks to “Cone Boobs” for pumping a few of her hard earned pennies into a company producing this stuff.  “Out” are plastic bottles. Everything is stainless steel or glass.

Raced back to the hotel to collect our luggage and taxied to Penn Station to catch the Acela train to Boston’s South Station. Zooming past Conneticutt, Stamford, New Haven. The lowlands reminding me of Netherlands with little boats docked off the dainty harbours. The journey along the Rhode Island coast line was breathtaking. The sun setting, listening to Jushua Bell’s “Romance of the Violin” in a very very crowded train. Everyone on laptops and working with the free WIFI.

Arrived in Beantown at 20.48hr, hassled by cab drivers from all sides… New England, here we come…..